Welcome to Nebullus Buildcon Pvt. Ltd. – A Real Estate Company builds premium villas at surat and also presence at Dholera, Ahmedabad. > blog > REAL ESTATE IN INDIA > WHAT DOES REAL ESTATE LOOK LIKE IN 2018 IN INDIA? 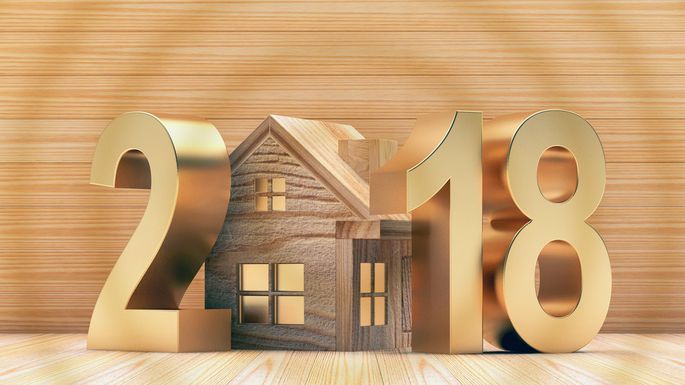 WHAT DOES REAL ESTATE LOOK LIKE IN 2018 IN INDIA?

2018 poses to be a year that is something else, at any rate in a few topographies.

Builders and manufacturers will have to enlist their properties prior to advertising or showcasing the same post incorporation of the Real Estate Regulation and Development Act, also popularly known as RERA.

Although this is something that has not quite gained a lot of rave reviews from small builders, it will definitely pick up market share as they clear the market. It is well estimated that costs will solidify.

Interesting trivia – the booming real estate story is just 20 years in India. Post Independence, the perception was that the government  will provide housing, however, mostly state development authorities did the job till about 2001. Infact, Haryana was the first state to promote private real estate developers in 1990s. After Gurugram, Noida caught on and soon high rises sprang up in cities.

“With the government’s push for housing for all by 2022, the year 2018 will be the year of affordable segment,” says Praveen Jain, CMD, Tulip Infratech. The overall quality of infrastructure and architectural style in general will evidently improve given that industry leaders such as Prestige, Tata, Mahindra etc have stepped into real estate.

Demand is sure to rise in the year 2018. Fence-sitters have realised that prices have reached their lowest point and 2018 is poised to be the year where real estate looks far better when it comes to transparency, regulations and compliances. Sales are bound to kick off quite well and industry pundits predict that Q1 of FY2019 will bring quite an uplift in sales. This is estimated to continue till 2020 – from turnovers being on the lower side and margins being low, Indian real estate is bound to become high turnover, low-margin.

It’s the season to buy.

The residential segment has been on the low in since 2017 due to demonetisation, GST and RERA being introduced and this has led to the overall slower sales and poor launches thereby creating a lot of liquidity crunch. This deeply affected the regions of NCR and Mumbai, but the whole industry has suffered collectively. The positive aspect of all this is that affordable housing has now become a reality and down the line, the outlook for residential segment in 2018 is very optimistic. Supply is there in the affordable segment, where the demand is also high. As the economy stabilises and picks up, so will the demand.

Will real estate be as rewarding as it was?

Prices will increase at reasonable levels and not at an historical rate. However, we never know, if the economy grows by 9.5% again, real estate prices may boom and pick up but the good news is that in the near future, this augmented uprise is ruled out by experts.

These are two completely different markets, the commercial market has been doing very well. In 2015, approximately 38 million square feet of office space was purchased in India; In 2016, 46 million square feet and in 2017, about 40 million square feet was closed. Commercial real estate is unprecedented as well as unparalleled and experts expect the sector to further grow. Rates are high, but the growth is supposed to be slower than earlier, but still there. As far as residential market is concerned, it is going to be a big thing in 2018 given that the government has defined affordable housing and houses under the mid-income group in order to cover a much larger base of buyers and assist developers in unburdening them of their inventory.

All in all, it seems to be a promising year for anyone venturing into real estate to make an investment or just property enthusiasts. The current environment and future prospects present an opportunity to buy property and make the best of 2018.